The Barnes and Noble Classics edition of Essays and Poems by Ralph Waldo Emerson, has an introduction of the same title, “Optimist and Realist,” and it resonates with me greatly. Emerson’s work is something that has inspired me over the past year, ever since I first took interest in a class offered at the Open Center, in New York. Emerson believed in the virtues of human nature, in the amazing power of unique expression of an individual, and in a morality that reflects the unstoppable human spirit. 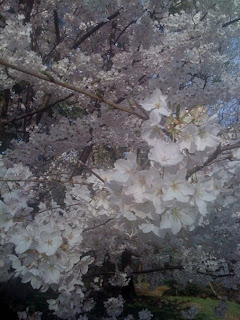 Yesterday, I was reading an essay called, “Compensation,” in the aforementioned book, and it stated how the nature of all things is to find a balance. It reminded me of the various “eras” in my business – times when I felt sure that the work I was doing was true to my heart, and thereby liberating the hearts of all who experienced it; and times when I fell into doubt about what I was doing, thereby chasing after material results, and always feeling uncertain about whether or not I’d actually garnered a victory. There is always a wholeness to my work when I am really in tune with it, in that it sustains me while I sustain it. Emerson says that everything seeks this wholeness, by nature; that everything seeks the yin to its yang. In other words, if I am out of balance when applying myself to my business, the results will demonstrate the same, and I’ll eventually be influenced toward that which will create a natural balance.

Perhaps the thrashing about of the economy, particularly over the past six months, has been the symptom of a broader balancing. My sister, based in Colorado, is a customer service agent for an insurance company, and speaks with people of all professions. She told me that quite often lately, people are telling her that the strain on them economically has made them more creative – the extra time on their hands, or the desire for more income has caused them to explore ideas and talents that they had set on the back burner, and never dreamed would get to explore at the forefront at this stage of their lives. To me, that sounds a lot like a culture waking up from a mad dash for material wealth, to make sure that the path itself on which they journey is, in and of itself, enjoyable – that they needn’t wait until retirement, or some distant time or bank balance in the future to begin to find joy in their days.

Now, I am flipping the lamp light on as the spring twilight dwindles, and thinking of how my own optimism is grounded in realism. I would never suggest that anyone simply find a happy thought and slap it on to their stream of consciousness – I would only gently suggest that what is catching their attention now has a seed in it, something deeper and containing answers, and that only things they truly believe can be triggers to their happiness. Try a thought on for size. If it doesn’t feel good, it’s either not optimistic, or not real. To use positive thinking to really shift our attention to what is working in our lives, we can’t pretend we are happy about a loss of income or a reduced retirement fund balance. But we can see the greater good: a nation – and maybe even a world – that is waking up, and seeing the value in having time to decide how to spend one’s lifetime.

In Emerson’s “Self-Reliance” (a favorite essay of President Barack Obama), he describes that if an individual were able to keep the unaffected spirit of a child, independent of what anyone else wanted of him, his or her strength and power would be fuller, and, in non-conforming, he or she would abide more truly to his or her unique nature. Perhaps now, people who once thought more of comparing cars and bank balances, are beginning to choose for themselves what is important, rather than concerning themselves over what their neighbors might think, and in the process, learning boldness that allows them to step into a power that is uniquely theirs.

My business connector, Robin Coley, said to me last week, “This is a time when people’s values are changing.” Those words hit my ear like something I wasn’t letting myself feel, that I knew inside. Values are changing. We get to decide now. We get to decide what we are here to do, how we would like to spend our time, what is the right amount of money, and the right amount of work to do in week. This is a time when we will see what we have merely glimpsed at other times – that we build our own realities. 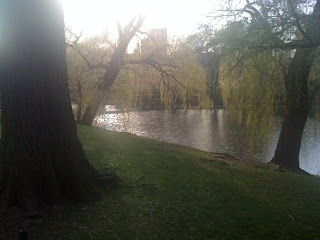 (Photos were shot by yours truly, on an iPhone, in Central Park.)

Shape-shifting – The Story of my Changing Career