Several weeks ago, I launched a reverse photo caption “contest” (inspired by the New Yorker cartoon caption contest, and my brilliant consultant Melea Seward) to create captions for photos not yet in existence. My facebook fans have come up with lots of captions for non-existent photos, and I just want to give a big, fat THANK YOU to everyone who submitted one of these really interesting, creative, and inspiring captions. I was intrigued by what people came up with, and surprised at the various ways that people undertook a somewhat unusual request (although, one would hope, by degrees more interesting than some program’s algorithm determining what Disney princess by which one would be most accurately represented – for example – which is what they might otherwise be occupied with on facebook).

It was such a strange challenge to make photographs that adhered to the captions, and it was knowing that the people who submitted them would be checking back to see how I did that really drove me on this project. I absolutely love the collaborative nature of having people’s ideas in the mix to stretch my work in new directions, helping my creativity by giving it parameters I could never have established all on my own. Since my fans so generously shared caption ideas with me, I wanted to share a bit about my internal process of creating the photos, as well as some of the results.

Shooting the captions developed, over the course of the project, into an assessment of various creative approaches to solving a problem. This in and of itself is interesting, because it demonstrated to me that I had been truly stretched out of my comfort zone, and had to explore a few different ways of approaching the task at hand.

First, I tried shooting my literal impression of the images – letting them into my head, and then “trying” to get a photo of the thing I envisioned. This definitely worked, but it felt somewhat belabored. 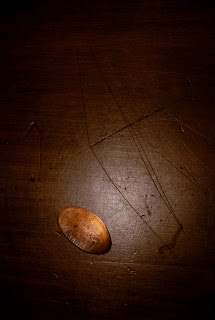 “The other side of the coin.”
Photo caption by Stephen Sloboda

Next, I tried just mulling the captions over in my head, and being alert to when opportunities to capture one manifested. This felt a LOT better – more fun, more creative, more room for synchronicities to form. 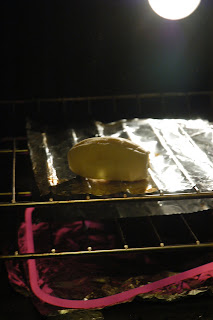 “Bun in the oven.”
Photo caption by Hope Jones

Finally, after nearly memorizing the list of captions I wanted to shoot, I let it go completely, and just went out and shot what was interesting to me. It was pretty remarkable how much more creatively the images matched up with the captions then. This was, by far, my favorite method – both in terms of enjoyment of the process, and in terms of how pleased I was with the results. 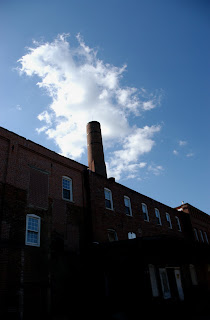 “Figments of your imagination.”
Photo caption by Melea Seward

Letting go after memorizing the captions, and just being in the moment, allowed for something more instinctual to take over. In my heart, I believe that my subconscious mind was still working away at the captions, prompting me to make more interesting decisions about what inspired the shutter’s depression. It was great to have the entire process to work through – to have the more labor-some stages in the beginning to explore and test and review, and ultimately lead to the familiarity with the subjects I was exploring that allowed for creative leaps to unfold.

I’ve decided I’d like to keep this project going! Please take a moment to visit my facebook page, where you can view all the photos shot to this point, and add your own “caption” for ROUND 2! Make sure you’re a fan of the page so that you’ll be automatically updated on the process.

Send me a photo caption!