When my super-talented actress friend Clara Perez (with whom I collaborated on my 2003 short film, Métier) slightly jokingly asked me to come to London to direct a short film she had written, I immediately took the suggestion and ran. Within a few weeks of our first serious discussion, I was boarding the trendy Virgin Atlantic plane at JFK and on my way to her side of the pond to light, shoot, record, direct and produce Clara’s project. 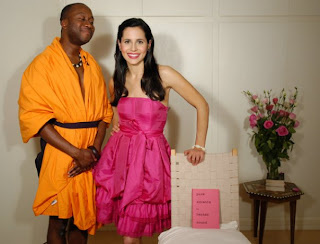 Clara’s short, “The Accent Coach,” is the story of Hester Sound, a fictitious accent coach to the stars and self-perceived guru, who is being interrogated in a faux Hollywood interview by a TV host named Charlie, played by Max Dowler. Also starring Damian Lynch, as a pseudo-voodoo-shaman, we think it promises to be a pretty hysterical little piece.

Since then, the directing bug bit me again, and new ideas are spawning for how to integrate my film school background back into my photographic practices. (I’ve also been playing with sound using this very cool little recording feature on my iPhone called iTalk Lite.) 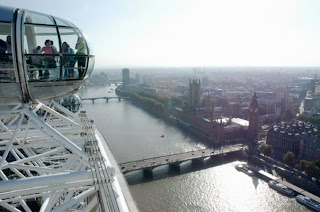 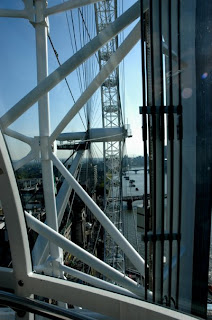 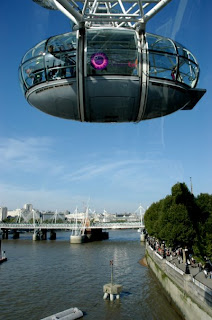 Whilst in London, my birthday arrived! I treated myself to champagne flight on the London Eye, which offers pretty spectacular views of the city, particularly on a clear, sunny day, like my birthday turned out to be. In fact, for most of the time I was in London, I was lucky enough to see very little fog. 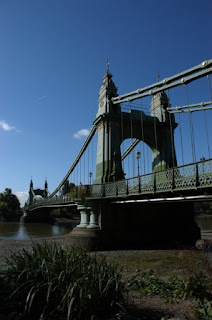 To view more of my photos from London, please visit my facebook page, and be sure to become a fan to get instant photo updates from wherever my wanderings take me.