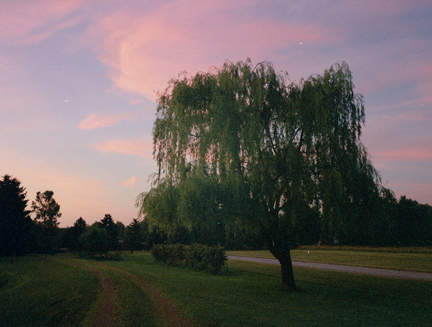 “I’m sorry.”  When’s the last time you said or typed that exact phrase?

I’m admittedly mostly addressing this to my American friends.  After spending some time in Europe over the past year, I noticed it is part of American culture to avoid it.

This morning, I received 3 emails in a row from people who said they “apologized,” for something.  Of course, I understood what they meant, and I wasn’t angry, or even really needing any sort of apology from any of them (for a delay in response time, minor things like that).

But when I read, “I apologize,” from people I’ve had a relationship with for some time, it makes me wonder at the distance and formality of it.  I find myself thinking, “Oh, I thought we were friends, but suddenly things got forced and weird when we started talking about apologies.”

In Rework, by the founders of 37 Signals, there is a chapter about how to appropriately and effectively apologize.  They say, “If you spilled coffee on someone while riding the subway, would you say, ‘I apologize?’ No, you’d say, ‘I’m so, so sorry!'”

I’m fascinated with the development of language.  For instance, the word, “phone.”  Think about what that means to a 5-year-old now.  When I was 5, it required dialing numbers with actual buttons.  If you had to put the area code first, it meant it was going to cost my parents money.  It was tethered to the wall, and a person’s voice came out of it.

Now, it means storage device, thing that takes pictures, thing that accesses nearly limitless information, map, tracking device, gaming console, place to watch videos, way to obsessively look at what others are doing without actually speaking to them, etc.

The origin of the word phone is Greek.  It means, “voice.”

In a way, then, when I say, “I want to take a picture of that, let me grab my phone,” it still makes sense.  I am a photographer.  I want to photograph something.  Let me grab my voice.

We speak through our phones now, even when what we literally mean by that is that we typed with our thumbs.  I don’t entirely understand how the formality of email, at least in the United States, has encouraged us to create false distance between us.  If you want to send me your apologies, just say, “I’m sorry,” the way you would if we were speaking.

If my mom, or my sister, or any of my friends were sitting in front of me, caused some minor delay and said, “I apologize,” I would make fun of them endlessly for sounding highfaluting.  Who says that in real life?

Most likely, they wouldn’t even apologize for a minor disruption if we were in person, which another tangent altogether.  My friends in London apologize for, like, everything.  In a way, it’s just their way of saying, “you matter to me, even though I’m doing this thing for myself right now. Had to be done.”  And, I have grown to really, really appreciate it.

It’s kind of like how American southerners soften statements by saying, “ya’all.”  It disarms you when you know you count enough to have your feelings considered in someone’s phrasing.  I like being disarmed.  I like having no reason to be defensive.

I find myself looking for things to be sorry about, so I can say I’m sorry more, like my British friends.  But that means, I now find it a little odd and slightly defensive when I get messages that say, “I apologize.”

Let’s get real with each other, people!  It’s okay to type how you would speak.  Emails are no longer just long-form replacements for formal letters — they are stand-in phone calls and text messages, sometimes.  They are love notes and friendly banter and nice padding for doing business.  We don’t need to keep them boxed off in weird formal land.  They can be another way of really engaging with each other, in an age when we so often engage with an electronic device.

Take back your tools and use them to connect!  And, say you’re sorry.