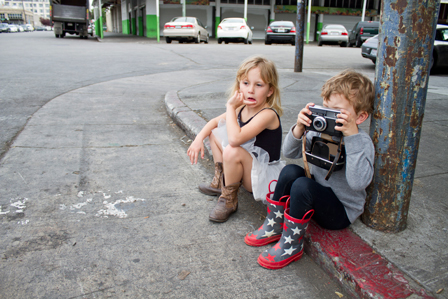 One of the things I find most inspiring about my work is collaborating with children in the creative process.

Once I was talking about this aspect of my work to a friend of mine who is a television director. “Are you crazy?” he asked. Or, something to that effect.

You see, in television production, there is little you want to leave to chance. Every shot should be thought out, every decision made in advance, every mark hit. I have a bachelor’s degree in film, and worked in television for a little while, too. It’s understandable, with large budgets at stake, that you want to make sure nothing goes wrong.

But in my portrait practice, I like honing in on those very aspects of the process that feel raw and even vulnerable. I like asking the kids what they’re interested in doing in that very moment, and seeing if I can understand and capture it for them.

I think of myself as a small child, playing, and wishing that someone had been recording it for me. Everything was full of wonder through my eyes, then. Cracks in the concrete, a pole with chipping paint, a fire hydrant — these things had their own energy and I found all of it interesting. I grew up in the city and the city has its own magic.

At the same time, things felt a bit unreal. That’s why I think it’s so appropriate to show children as they blur by the camera, or double-expose them like a frame mid-dissolve within a film.

It seems to me that before they figure out the words for it, children understand a lot more truth about reality than adults do. They inherently accept the passing of time and of simultaneously existing realities. “I want it!” they say about the thing that isn’t there, as if they can conjure into existence.

I trust kids’ instincts, especially when it comes to the creative process. Even though they don’t always know how to say so in words, kids follow their instincts constantly. A good portrait session moves very instinctively, and the nice thing for me about working with kids is that I don’t have to remind them how to get into this flow, the way I do with adults.

My director friend was right — I can’t possibly predict where the shoot is going to go, or where the kids are going to take us. If I were directing a television show, I wouldn’t be able to make promises in advance about the trajectory and make sure that it went the way I predicted. Unless it were a show about wonder, magic, and the unexpected, as led through the eyes of a child. Which is captivating, even though — and perhaps especially because — it cannot be planned. 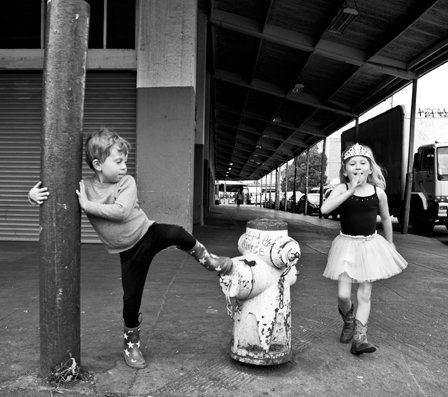 These photos were shot on location near Jack London Square in Oakland, California.