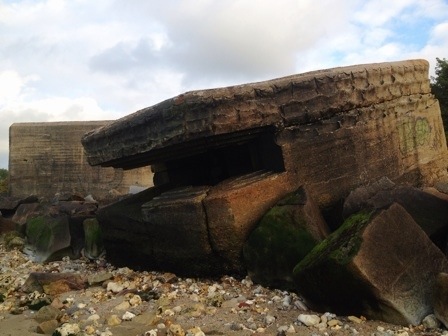 During WW2, when German troops occupied France, young soldiers sat inside these dank, concrete blocks. Hard to imagine going down the stairs to hold one’s position there, and equally hard to imagine landing on the Normandy beaches and being fired upon from one of these. 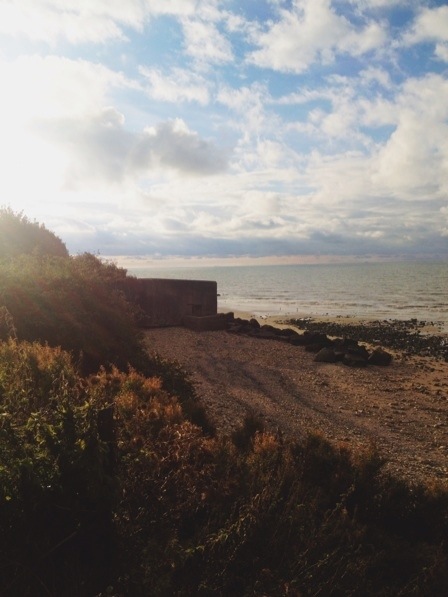 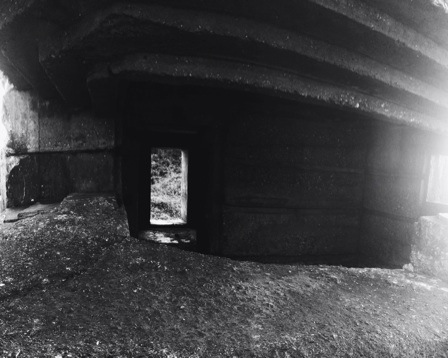 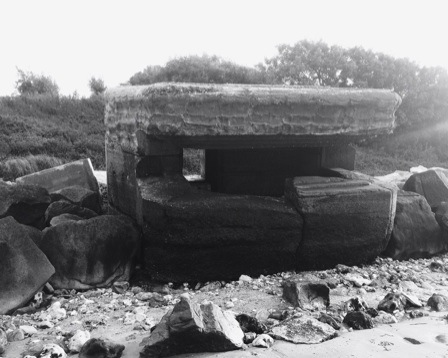 The weight of them penetrated me when I saw them in person. I walked up to them and touched them, and peered inside. It was both painful to consider and yet impossible to avoid the knowledge that seeped into me as I lingered in their proximity. The anguish of the battlefield stirred the thought of life and death – sudden and immediate and simultaneous – and it breathed through me with such intensity it moved me to tears. 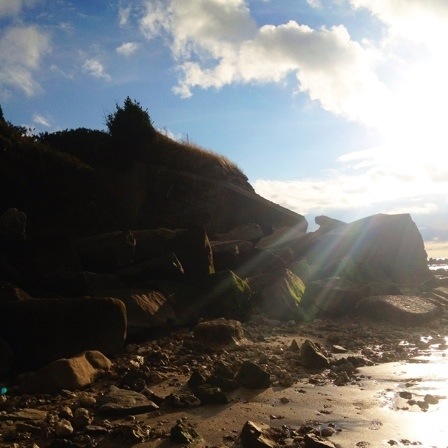 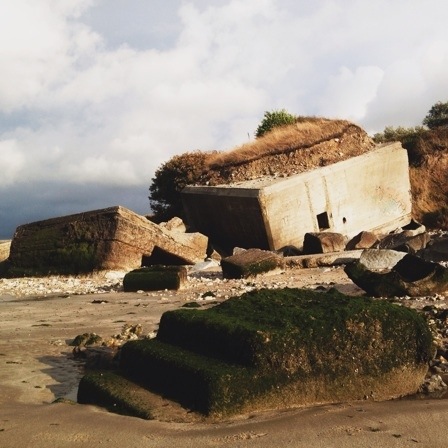 I’m not a crier. I’d consider myself a peacemaker before a proponent of war. But, don’t we battle everyday for survival? Don’t we fight off thoughts of fear and disempowerment and injustice? When life seems at its hardest, it is the solider within that steps up and says, “Look out world. I will not be deterred.” 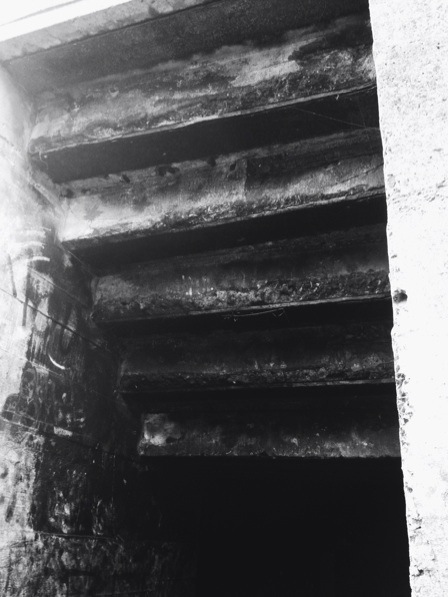 To think of the young people who fought in World War II, many of them teenagers, and all of the life knowledge crammed into such a short time span, humbles me. What a privileged life I have lived by comparison! Getting to meander along and learn my lessons at a more leisurely and tolerable pace. Yet their stories reach straight to the fighter in me, who has had to face her own demons in her own way, who longs for peace in the long run but knows better than to give up before the battle has been won. 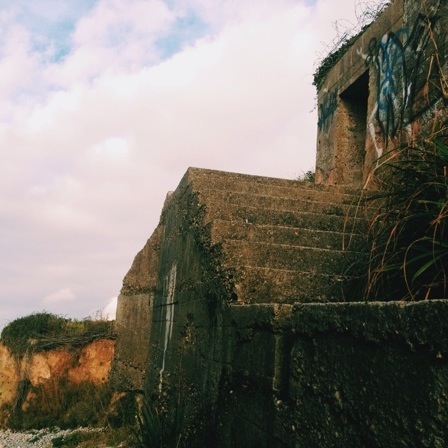 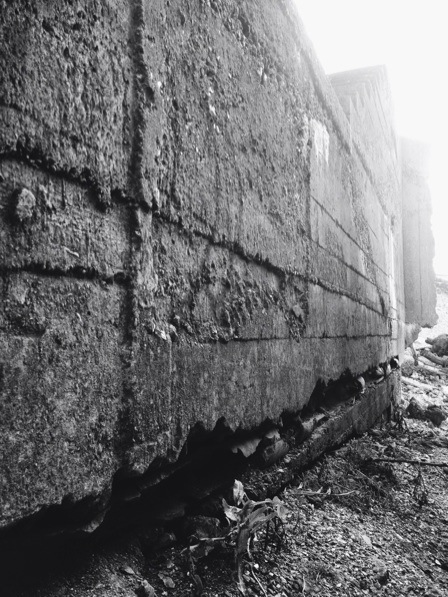 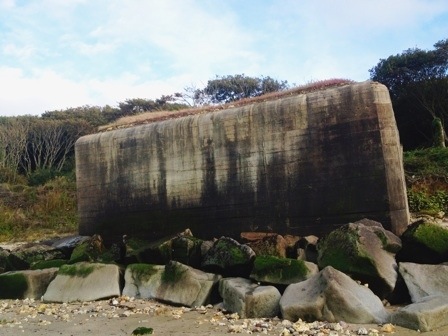 These relics along the shores of Normandy make me somber in what they stand for; not just what horrible strength our enemies seem to possess behind their impenetrable force fields, but also the walls we put up, the bunkers we hide ourselves in. And, within that very somberness, hope and recognition – the liberation of France, US victory, Hitler’s defeat. It is the fight in me that has brought me through the darkest times, the sheer will to live, even if it kills me. When life seems hard to bear, something inside drives me to endure, to stay the course, to stand strong even when it seems impossible to win. And, while it’s not been a firing squad I’ve faced, it has, at times, felt life and death. I don’t know what I’d do without that drive. I know it alone has saved me.

I am so grateful to the soldiers whose stories still wash up along these shores, who proved what it meant to not give up, no matter how dark a cloud was blocking the sun. How about you? Does something resonate in your heart as worth fighting for?