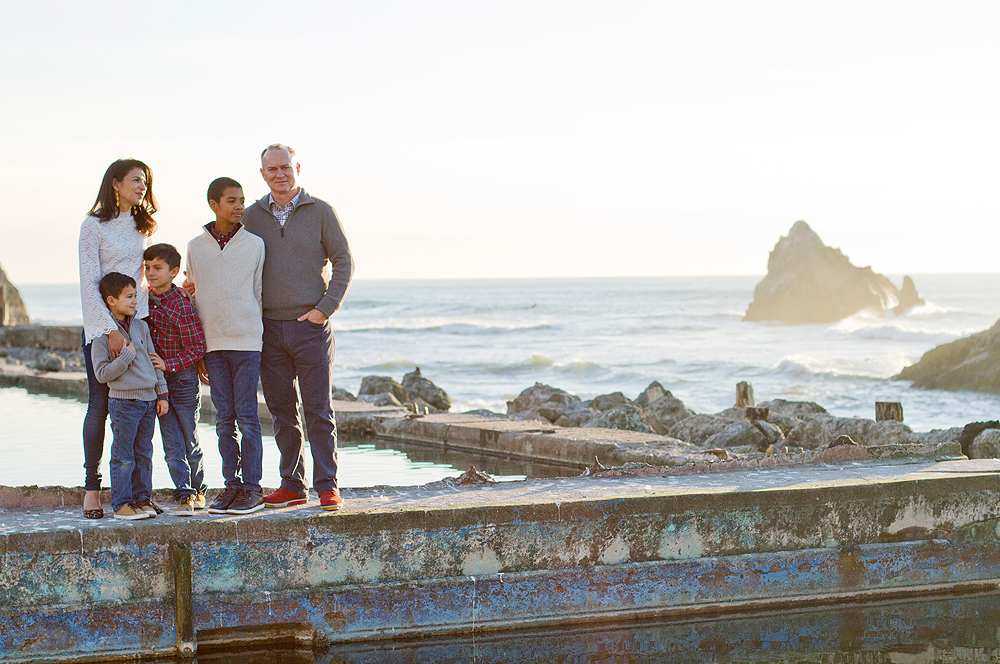 As a San Francisco family photographer, doing an occasional photo shoot at the Sutro Baths is a must.

Two great things about California are the light and the proximity to the ocean. I shot a few “magic hour” sessions with families in 2017 – those golden moments leading up to sunset when the sun is low and glowy in the sky. A lot of photographers swear by this time of day. But I so often work with families who have little kids and babies. Late afternoon into the evening tends to be prime for meltdowns, or at the very least, unpredictability.

Most of my photo sessions take place mid-morning through early afternoon. In  winter months when the sun sets early in relation clock time, I can sometimes get a brave family to chance a pre-sunset session. And the results are that we get to use that beautiful light that filmmakers all over the world chase to glorify their movies.

This session features a particularly brave family. They were not only willing to meet in the late afternoon, but also game for the balancing act of walking out on the remains of Sutro Baths. It’s only about a foot wide of concrete, so not exactly a tightrope, but you get the idea. On either side, the stale water  is haunted by swaying green plants. Not something I’d want to win in. 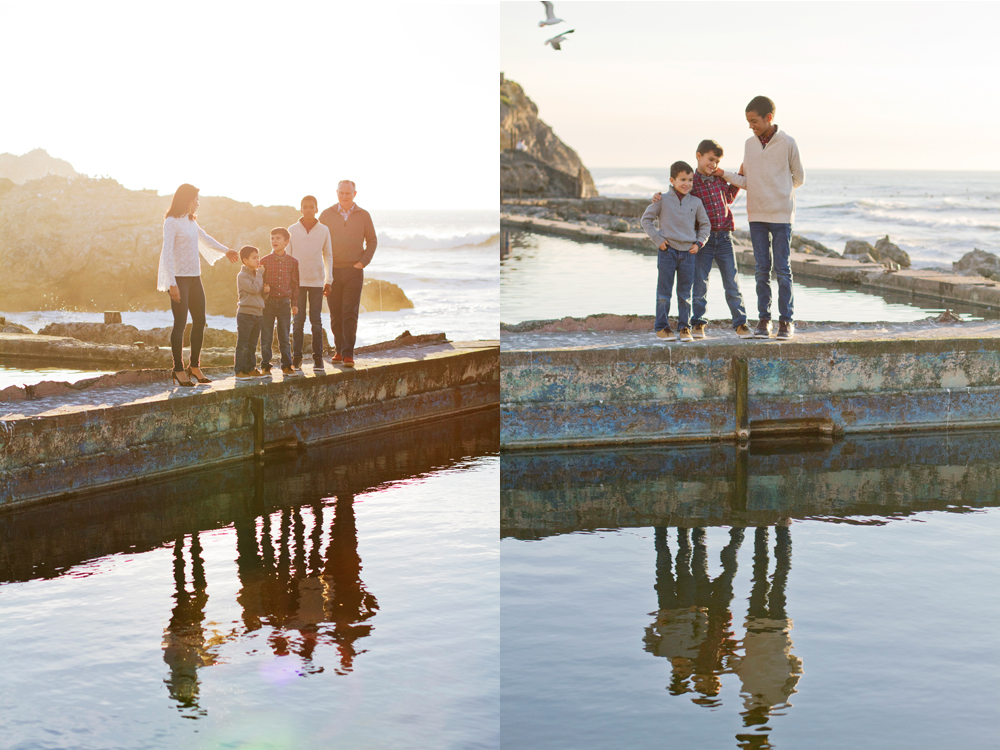 One of the World’s Best Photo Backdrops

I’m pretty sure every San Francisco family photographer has done a photo shoot or 12 at Sutro Baths. Which is pretty impressive, given how intimidating it is to get out there. When I was capturing this shoot, I saw several photographers capturing weddings and maternity sessions – cameras were everywhere. 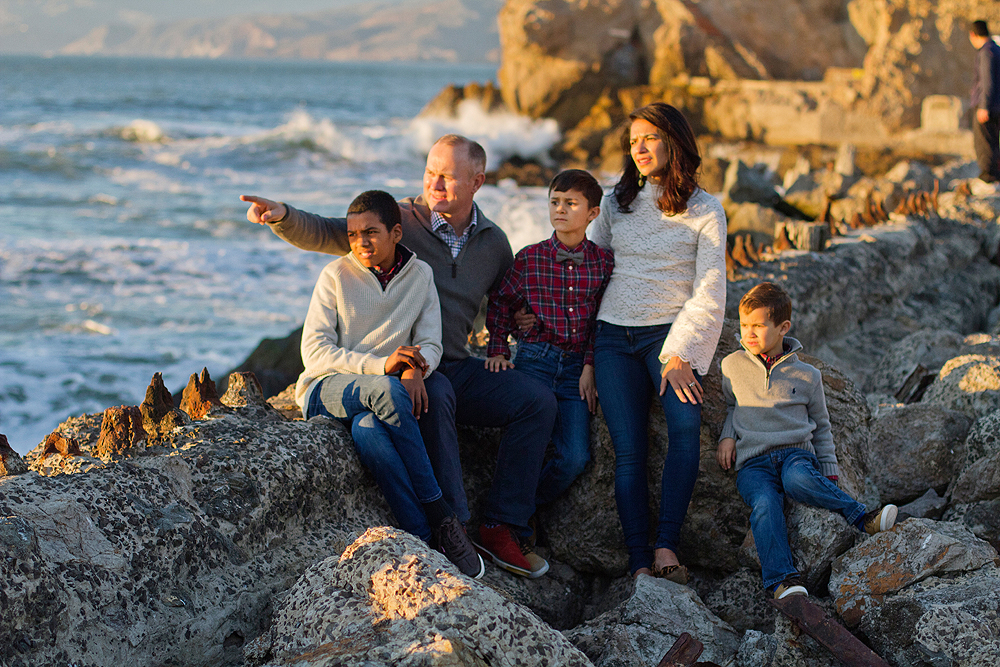 The reward of braving the narrow walkway is a photo backdrop of waves crashing against the shore. There are large rock formations standing like pyramids on the horizon, too. It’s really an incredible wonder to see. I recommend Sutro Baths to anyone visiting San Francisco. You can grab a cup of coffee at the Lookout Cafe and take home a souvenir from the gift shop, too. 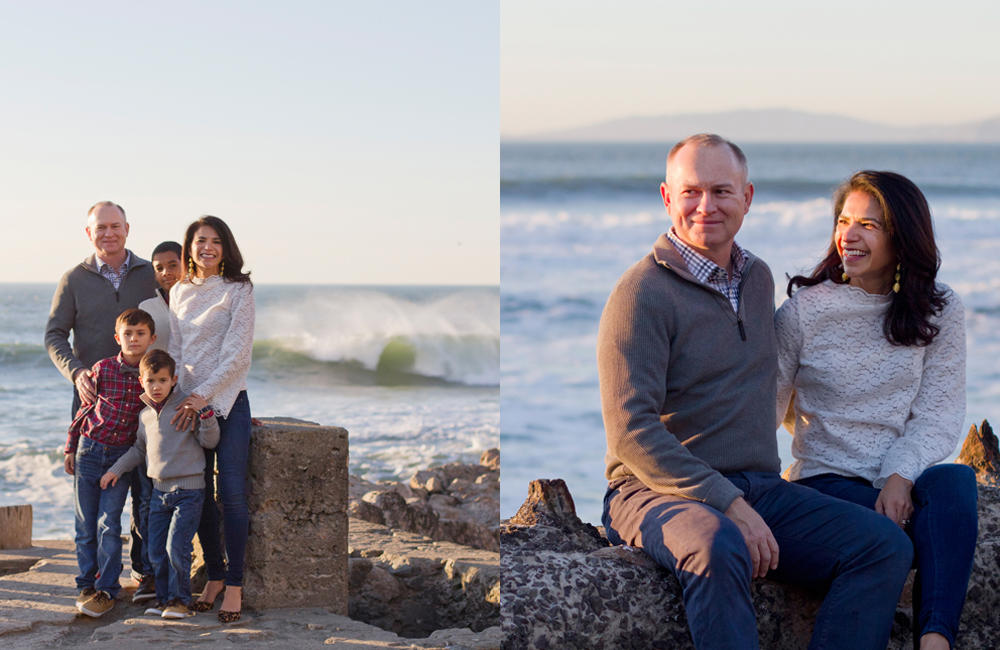 I’m not the type to ask anyone to do anything they’re not comfortable with. I deferred to the parents’ judgement on whether they were up for teetering out into position. It was a challenge for me, too. I had to keep my backpack loaded with equipment balanced on my shoulders with cameras dangling around my neck! But somehow I navigated the old buildings’ foundational remains. And managed to frame shots as a I went. (And didn’t fall in. Phew!) 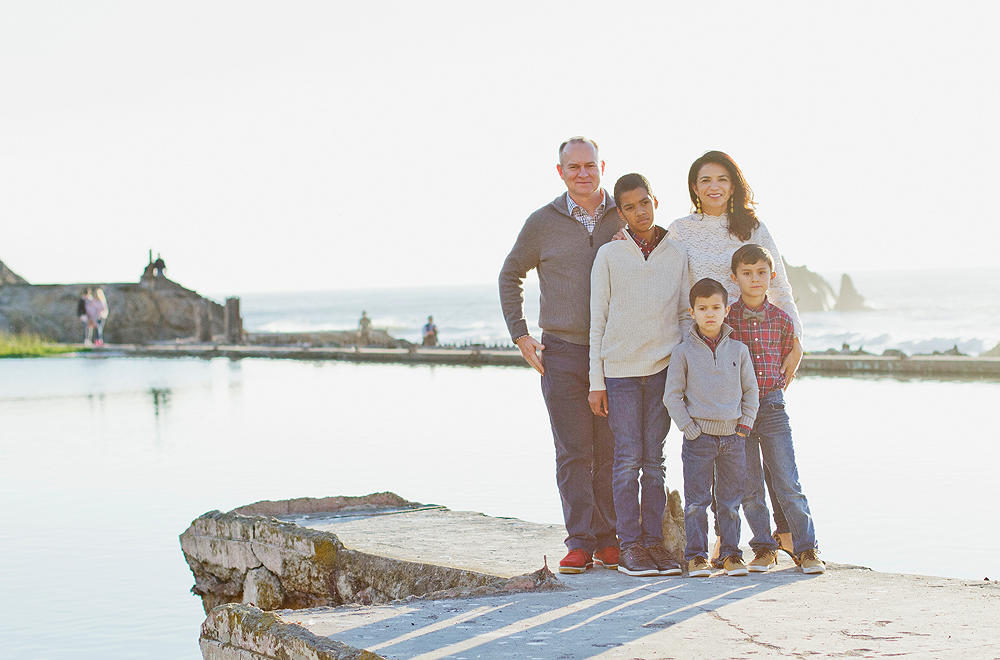 If you’re looking for modern kids photography, especially if your kids are a bit older (i.e. not toddlers), Sutro Baths and magic hour is a winning combination. 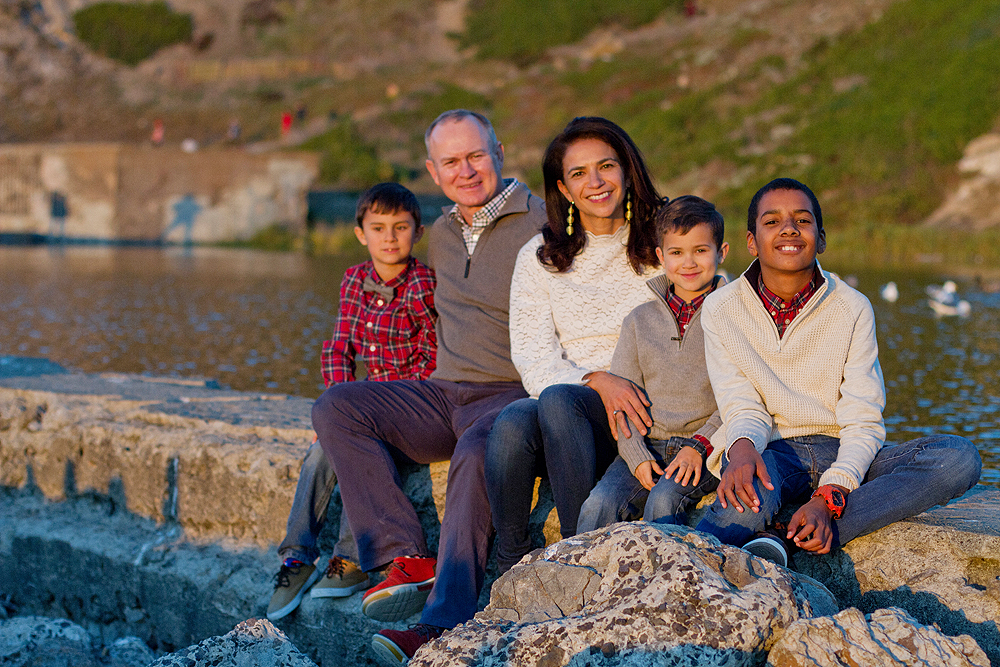